Molecular sieve and Activated alumina are commonly used as adsorbents for adsorption dryers. Both have strong adsorption capacity for water vapor. Then what is the difference between the two types ? 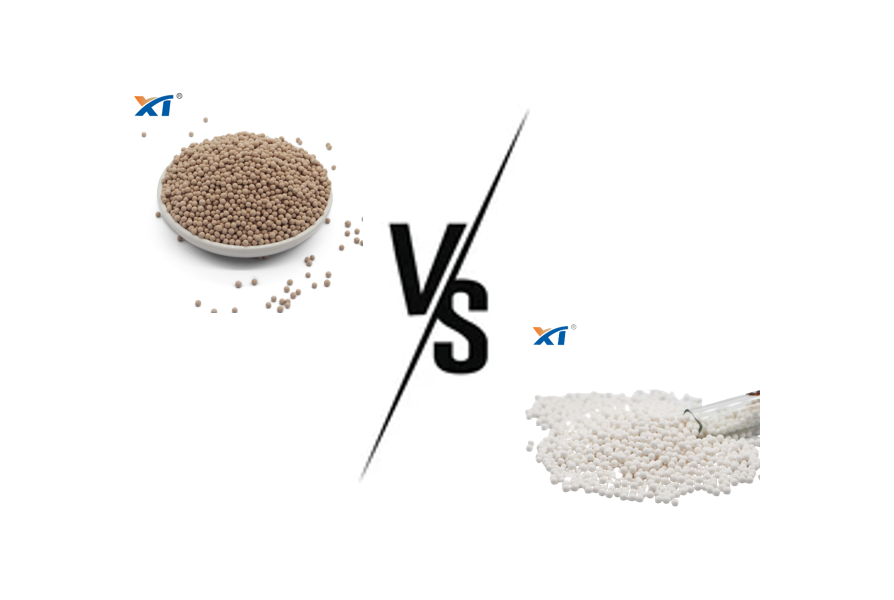 What is Molecular Sieve?

Molecular sieves have uniformly sized pore sizes that are such that large molecules cannot flow through and be adsorbed, while smaller molecules may pass through.

Molecular sieves have different types such as 3A\4A\5A\13X according to different pore sizes. It is like a sieve for gas and liquid molecules, which is determined by the size of the molecules. Different molecular adsorption.

What is Activated Alumina?

Activated alumina has uneven pore size distribution and poor selectivity, but its compressive strength is higher than that of molecular sieves. Due to its porous structure, large specific surface area, and special adsorption polarity to water, it can absorb a large amount of substances.

Therefore, in daily industrial production, activated alumina is often used as a desiccant to remove moisture from environmental conditions and other gases, and activated alumina can also be used as a catalyst carrier to make the catalyst have the characteristics of pressure resistance and high temperature resistance, and it is also useful Applications such as dehydration in hydrogen peroxide, natural gas and fuel manufacturing. For molecular sieve specially used for drying machine of air separation equipment, under condition of high temperature or low relative humidity, its water adsorption capacity is much better than other adsorbents.

When 4A molecular sieve is matched with activated alumina ball in a specific type of drying machine, it greatly improves the dew point to meet needs of customers.

Activated alumina also possesses many excellent physical and chemical properties.Therefore, it is the first choice of adsorption dryer on most occasions. Especially in the absence of thermal regeneration, activated alumina is almost the natural choice for obtaining compressed air with dew point of about -40℃. However, the adsorption capacity of activated alumina is far inferior to molecular sieve in low moisture environment. So molecular sieve is very useful in the acquisition of extremely dry compressed air ( dew point below -60℃) .

But the mechanical strength and anti-droplet property of molecular sieve are not ideal.Therefore, it is often used in combination with activated alumina for optimal results. It is not the best way to choose molecular sieve as adsorption dryer in all occasions.