In order to enhance team cohesion, increase employees' sense of mission and responsibility, and promote communication with subsidiaries and departments. On August 20, 2022, Xintao joined hands with its Guangzhou subsidiary to launch an expansion activity themed "Ready to Go, Grow Together, Take Responsibilities Together, and Prosper Together".

Facing the rising sun in the summer, all the staff wore the same Xintao blue team uniforms to go to the six-city expansion base of Lotus, and started a whole day of expansion activities under the command of the instructor.

First of all, an ice-breaking game was played, and all the members were divided into 4 factions. Each group requires the team members to brainstorm their team name, logo, team song and slogan, followed by a team culture display. 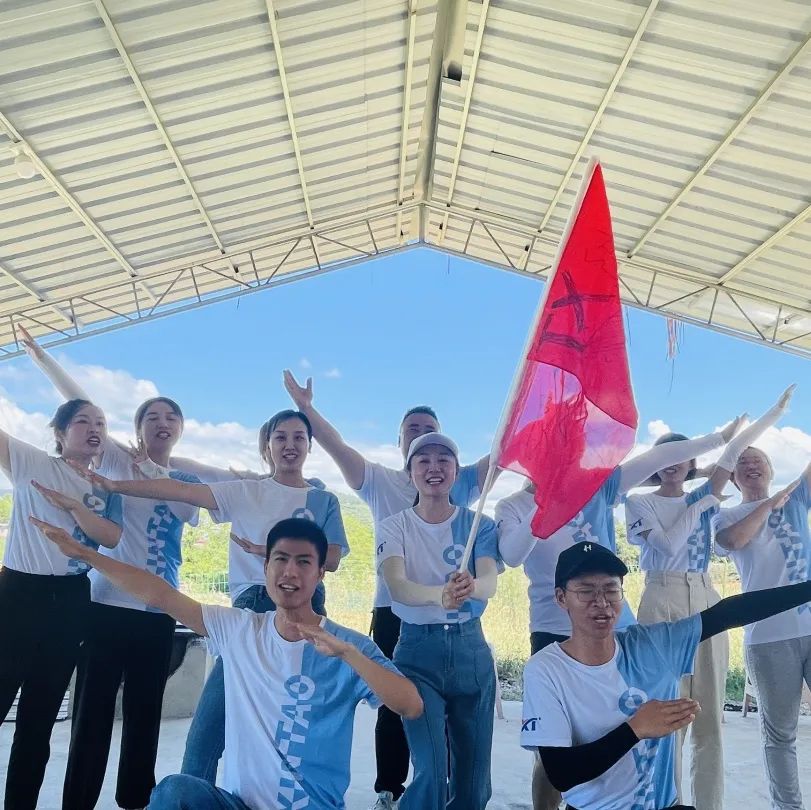 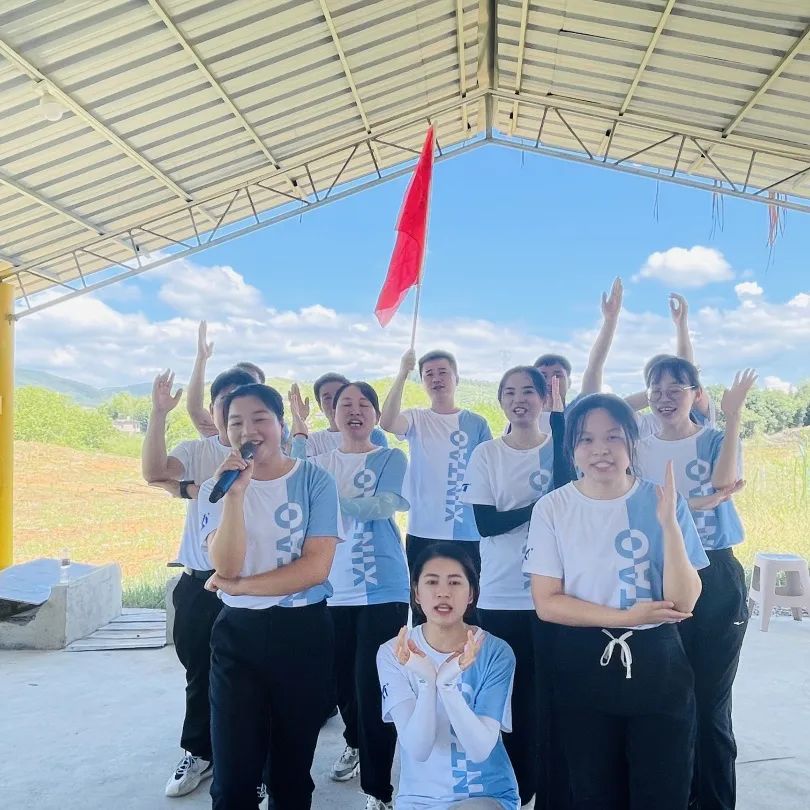 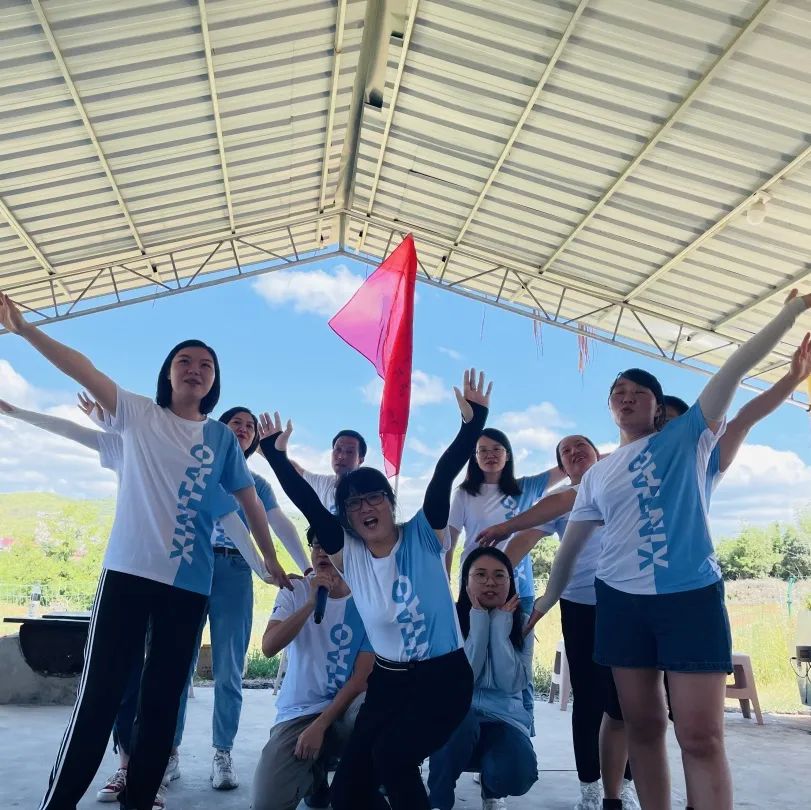 The Eagles took the lead, and their slogan was "Eagle Eagle, Spread Your Wings and Fly High"; Then there's the Beyond Team, whose momentum shows the courage to transcend everything. Then came the Inspirational Team, whose slogan was "Unity of Purpose, Unity of Purpose" and posed as a team with a unique team. The last show was the Sunny Team, although there were more girls in the team, but the slogan and momentum did not lose to other teams.

This was followed by team competitions, including "Card Storm, Retracement of the Long March, Hammer and Challenge 150". In the project activities, all members obey the command of the captain and put into with whole attention, not only to give advice to the team, but also to sweat and strive to be the first to win the honor for the team. There was also laughter from time to time during the event, especially in the "One Hammer Finalization" session, holding a sledgehammer and chasing the air court surface flying in the air, bringing different joys to everyone in a tense atmosphere. 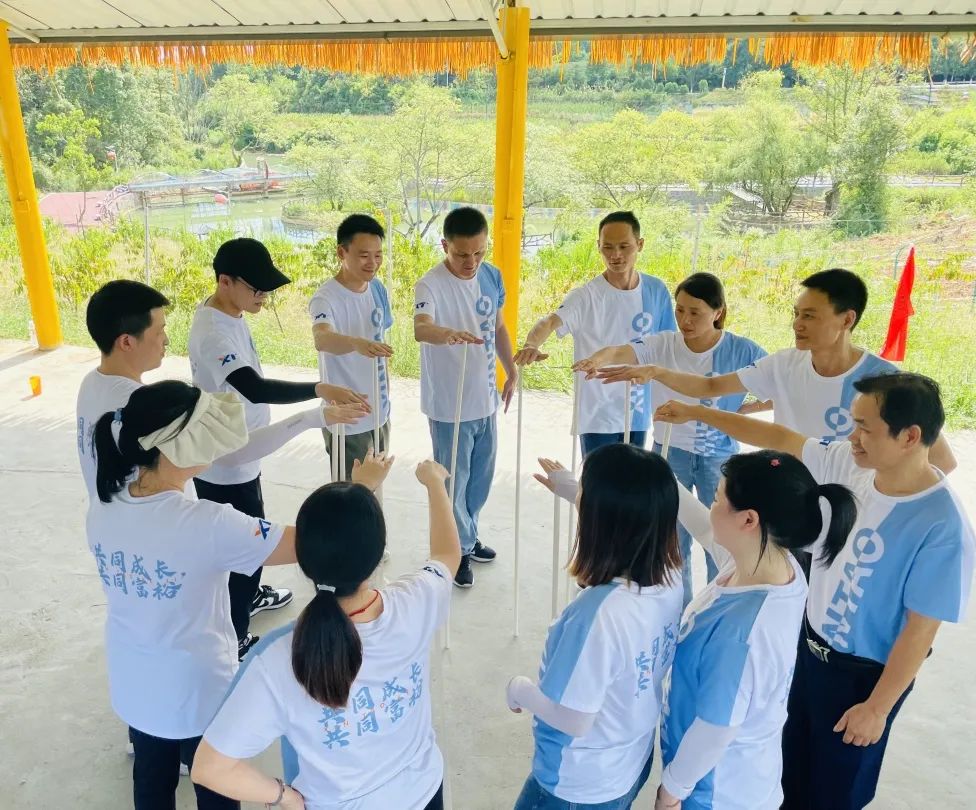 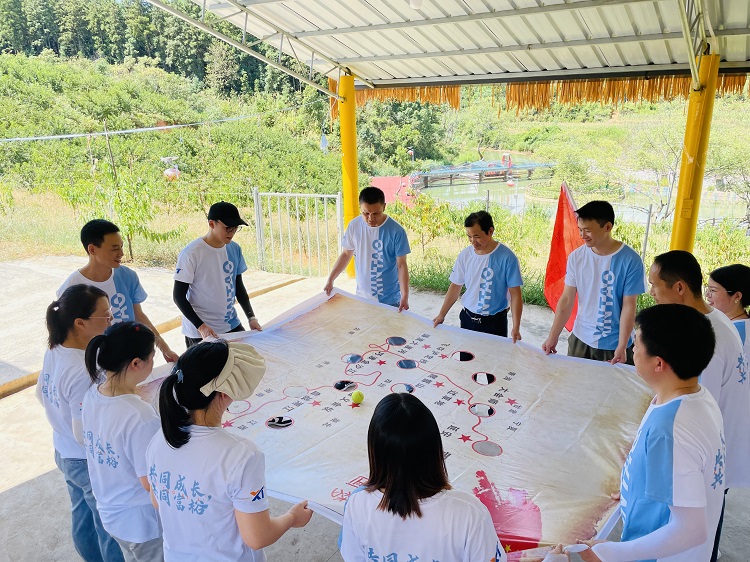 In the first round of the "Card Storm" event, the Inspirational Team completed the challenge mission in the shortest time. But in the second round, with the adjustment of the rules, the inspirational team fell to the end in the challenge, so the gap led to complaints in the team, when the female captain of the inspirational team stood up to reassure and encourage everyone, eliminated the team misunderstanding and strengthened the team trust, and achieved excellent results in the subsequent competition. Also impressive is the Sunny Team. In the Challenge 150 project, a few members of the team made mistakes and shook their hands, but the other members of the team did not blame him, but encouraged him with their eyes and words and finally completed the challenge, which fully reflected the team's care and trust for each member, which is a loving team. 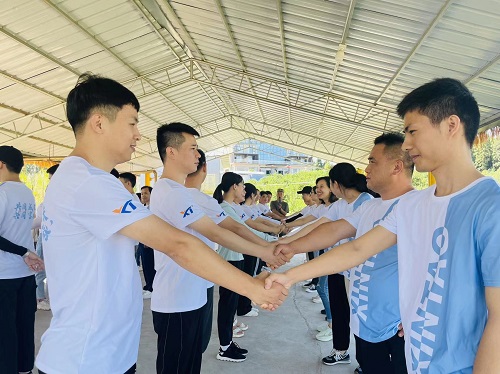 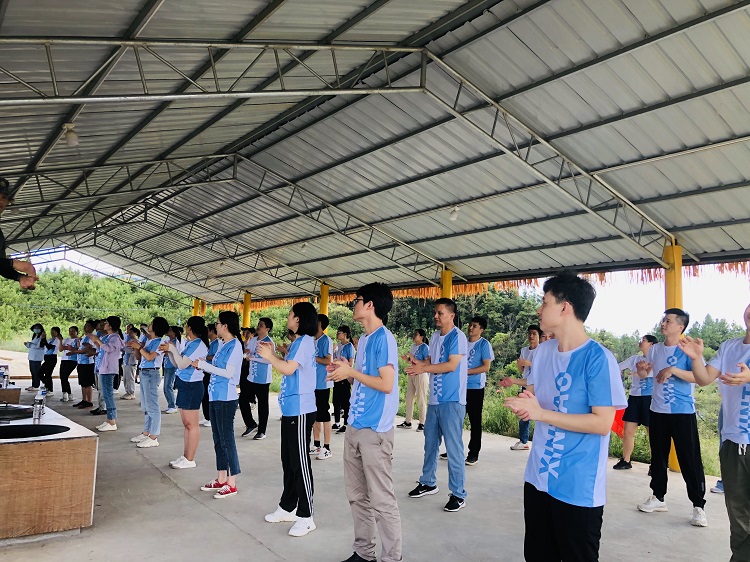 After the end of the team competition activity, everyone ushered in the team challenge project " Escape from the Tiger Mouth ". The project requires everyone to cross a rope about 1 meter 2 in height according to the rules, and the challenge can‘t be made except for the captain, if the challenge fails, the captain must accept the penalty of push-ups, and the amount of punishment is multiplied by 20/40/80. In the first 3 challenges due to tactical, team communication and execution and other reasons led to continuous failure, continuous challenge failures made the captain and the entire team deeply aware of the importance of leadership command, team execution, the captain led everyone to summarize the lessons learned, determine the plan, the captain on-site command, team members strictly implemented, and finally succeeded in the fourth challenge, completed the most difficult task of this expansion. Through this challenge, we deeply realized the importance of team leadership and efficient execution.

After the end of all the activities, Mr. Liu Jianbin, Chairman of Xinao Technology, made a concluding speech for the event, and he emphasized the importance of teamwork and execution. "A drop of water will never dry up until it flows into the sea", and each individual can only continue to create greater value if he is integrated into the team.

Finally, all the team members sang the song "Never Give Up" together and took photos. After a day of activities, although tired, but everyone had a good time, and be worthy of this trip. The most important thing is to let everyone deeply realize the meaning of the team, and also increase the communication with colleagues in the subsidiary. I hope that every person in XinTao will continue to exert the spirit of hard work, teamwork and never giving up in the future work.