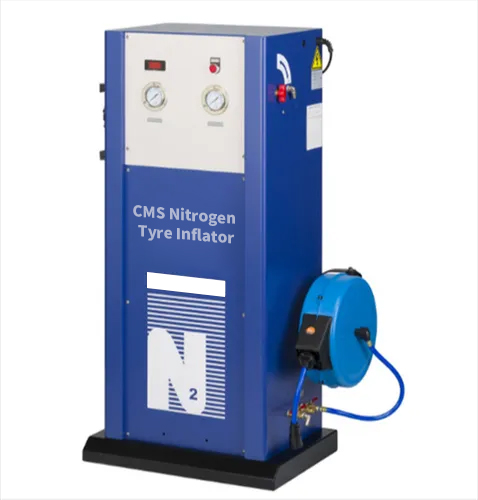 Origin of tire nitrogen filling machine: Nitrogen tire filling has a history of 20 years, and its application range is wide, such as: tires for aircraft, shuttles, F1 plugs, super-large transport vehicles, exploration and mining machines, etc., due to the need to withstand High pressure has long been used to fill tires with nitrogen.

After filling the tire with nitrogen, the aging of the carcass rubber is delayed, the service life of the tire is increased, the oxidative corrosion of the tire is reduced during the deceleration, the shock absorption elasticity of the tire is improved, and the ground performance of the tire when changing, driving or braking is strengthened. Conductivity, noise reduction, vibration reduction, and stable tire pressure can reduce fuel costs. When heated, the expansion coefficient of nitrogen is 50% lower than that of air, and the permeability is 90% lower than that of air.

Xintao's carbon molecular sieve is widely used in nitrogen generator , with high hardness, less ash, uniform particles, and high cost performance. The models selected by customers are usually CMS-240, CMS-260. The nitrogen concentration is 99.5-99.99% and above, which has won a series of praises from customers.